On the fence about fishing saltwater bass tournaments?

Over the years, I’ve been asked several times, “Why don’t you write an article on fishing saltwater bass tournaments?”. This question often comes at the beginning of the fishing season when anglers are actively looking to partner-up with someone to compete in the upcoming SWBA season. While I haven’t ‘ignored’ the request entirely, I guess I’ve probably ‘read-into’ the topic more than I should have and simply never sat down to put pen-to-paper.

So when the question was presented to me ‘again’ a couple months ago, I started to reminisce about all the tournaments over past 12 years. Many ‘New Teams’ have entered our saltwater bass tournaments with modest skiffs on minimal budgets. After a couple of events, they get bit by the ‘Tournament Bug’, and start upgrading their rigs, gear and the rest is history. We rarely look back at what those same teams achieved in those small skiffs early on, or continue to do each year.

I won’t go down memory lane and recall all the cool underdog stories of the ‘little rigs’ from over the years; I’ll save that for another article. Instead I’d rather offer some insight and tips that may jump-start you and your partner fishing saltwater bass tournaments with a positive experience. 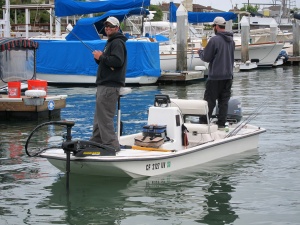 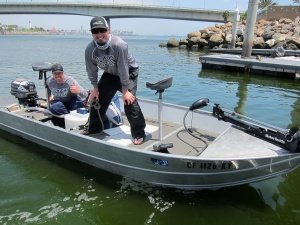 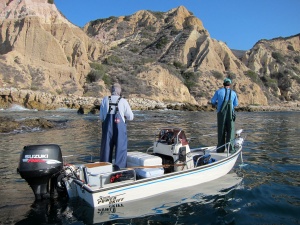 First and foremost, and I can’t stress this enough, it’s a great idea to sit down with your partner over a bite to eat and set some ‘Reasonable’ goals. Write them down. (I’ll get back to that later). Look at our season schedule and pick the events you feel ‘strong’ about. Now here’s where James Shamblin and I always scratch our heads; yes, the series consists of 5 events and a championship, but you don’t have to fish them all. Each event can be fished ‘individually’ just as well. Too often we’ve seen teams come into the series committing to the entire year with a full head of steam, only to fall-off mid-season because something didn’t go as planned or they did not perform well or worse they didn’t weigh in. Don’t let that deter you or get you down. Some of the top teams had a rough start and didn’t perform well initially. Their persistence and learning from their mistakes allowed them to persevere to come out on top.   Another suggestion is to try fishing the events with some different partners, sometimes you fish very well with one of your friends for fun, but on tournament day he or she turns into a wreck! Mix it up and have fun until you find the right team partner!

If you only like 1 or 2 of the events offered in the tournament schedule, then concentrate your efforts there! You won’t have the pressure to try and ‘make the cut’ into the championship your first year. This will make for truly a fun tournament experience, after all that’s why we’re all here!

Now back to those goals I talked about earlier. You may set a very common goal of weighing ‘Just a limit’ at each event, or perhaps finishing in the top half of the field. Maybe you’d like to make it ‘into the money’ once. Remember; keep those goals reasonable. You’ll be pleasantly surprised when you exceed them. Maybe one of the venues caters to your particular fishing style. A goal of Top 5 or the ‘Big Fish’ category would be cool. Here’s where I ‘Geek-Out‘, after your first event, sit down for a bite with your partner and do a re-cap of the event. If you achieved your goal(s), set some new ones, but again, be realistic, you’ve got some good momentum and you want to keep that going.

As far as the fishing side of things go, I strongly suggest keeping things simple. Resist the urge to pack every rod in your arsenal and load your tackle bag to the rim. 3 rods each is MORE than enough for a any saltwater bass tournament, especially when starting out. As far tackle goes, you’ll be amazed at how little tackle you will actually ‘USE’. The less tackle you have on board, the less temptation you’ll have to keep switching baits, resulting in less time fishing. Chances are you already know what works for you, so bring your lucky rod and confidence baits and leave the rest at home. Do yourself a favor, and don’t bring anything you’ve never tried before, it might throw your game off. Keeping things minimal will allow you and your partner to have a clean head and a better ability to read conditions, which often is a major key to success. 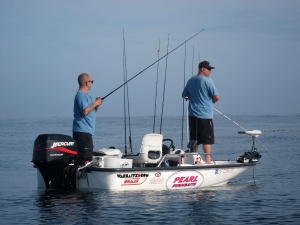 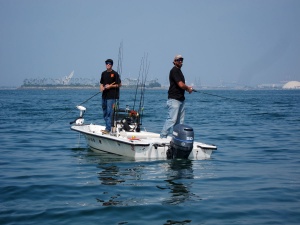 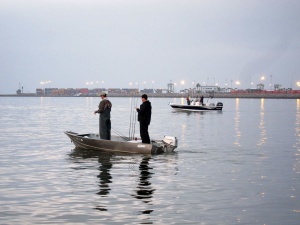 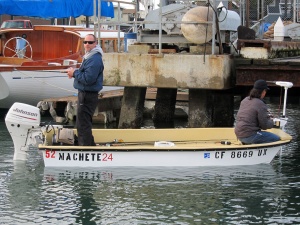 These following tips for game day, may seem like ‘no-brainers’, but you’d be surprised how many times I’ve seen the simple things get overlooked to cause headaches before the tournament even begins.

*Gas up the truck and boat the night before; it’ll save time in the morning for a few extra minutes of sleep.

*Make sure everything on your boat and trailer are ‘dialed’, batteries are charged, trailer bearings are greased, lights are working, spare trailer tire and tools to change a flat are readily accessible. Make sure all your pumps are working. (It’s a good idea to bring a bucket in case your live-well pump fails because you sucked up some eelgrass).

*This may sound silly, but ‘Know where the launch ramp is’! You’d be surprised how many times James and I have received calls 15 minutes before the start saying, “Where is the launch ramp at, we can’t find it”!!!

*Allow for extra time! It’s much better to show up early to figure things out; you’ll be able to enjoy the experience even more.

*Lastly, come physically prepared. Hydrate well a day or 2 before and pack a healthy lunch. Many anglers don’t eat during competition and that’s understandable, but if you pack some good snacks that you can eat from spot to spot, and keep yourself hydrated, I guarantee your performance will increase. A pack of wax-donuts and 3 cups of coffee aren’t going to cut it 5 or 6 hours into the day, take care of your self.

I could go on with suggestions and tips from my years of observing teams in the events, but like any sport, fishing is very personal, you know what your needs are, so be realistic, keep things simple and fun, so you can focus on your goal for the event. You’ll be surprised how well you might do!

Breaking Down The 'Big Bay'

No Replies to "Fishing Bass Tournaments" 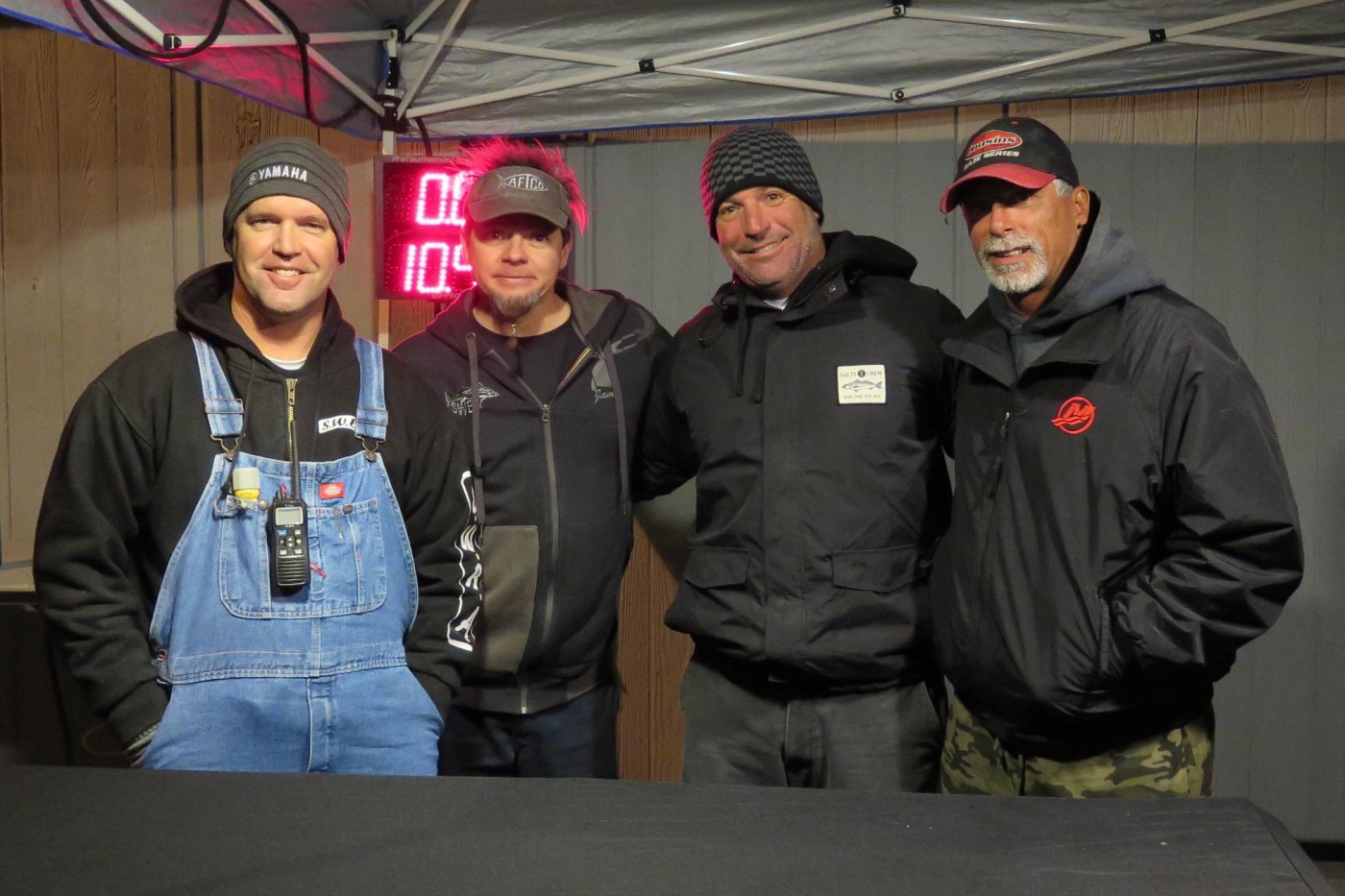 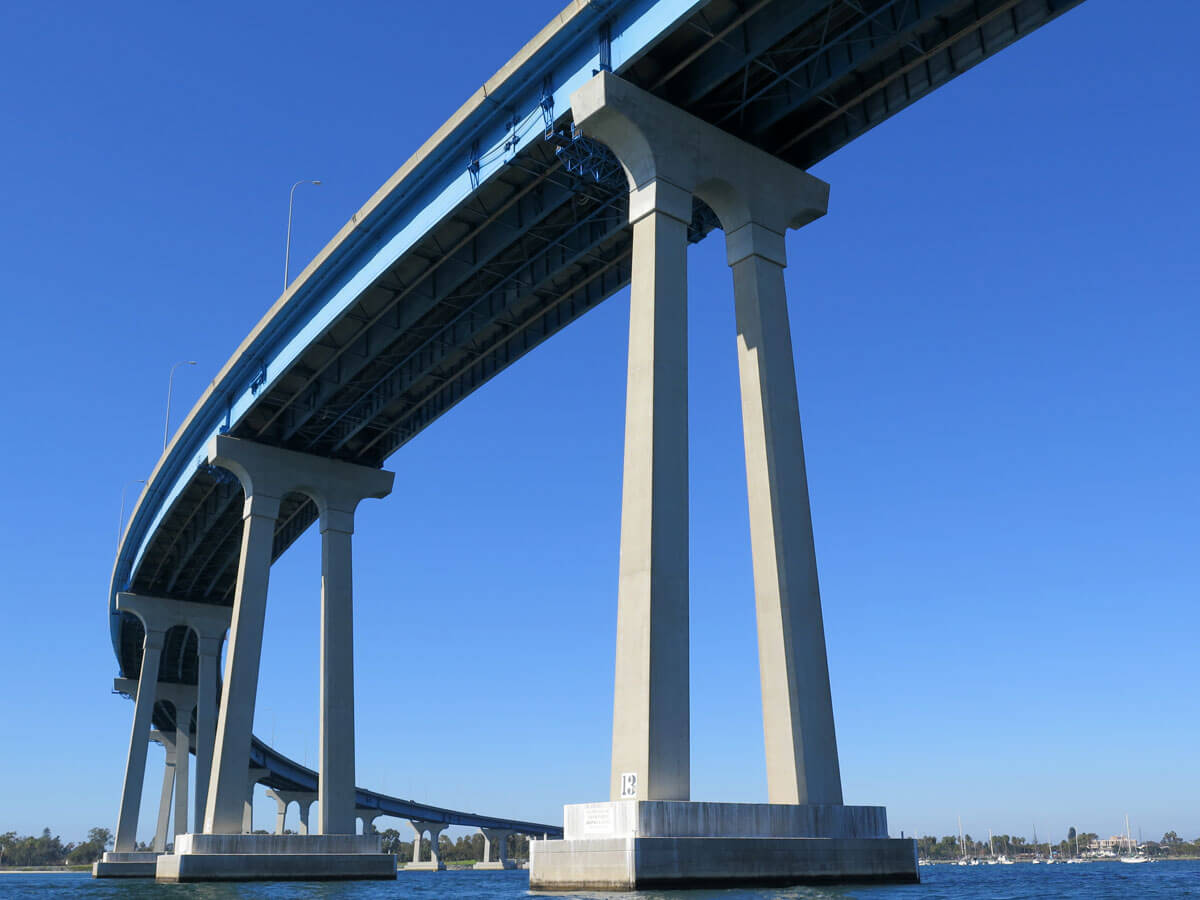 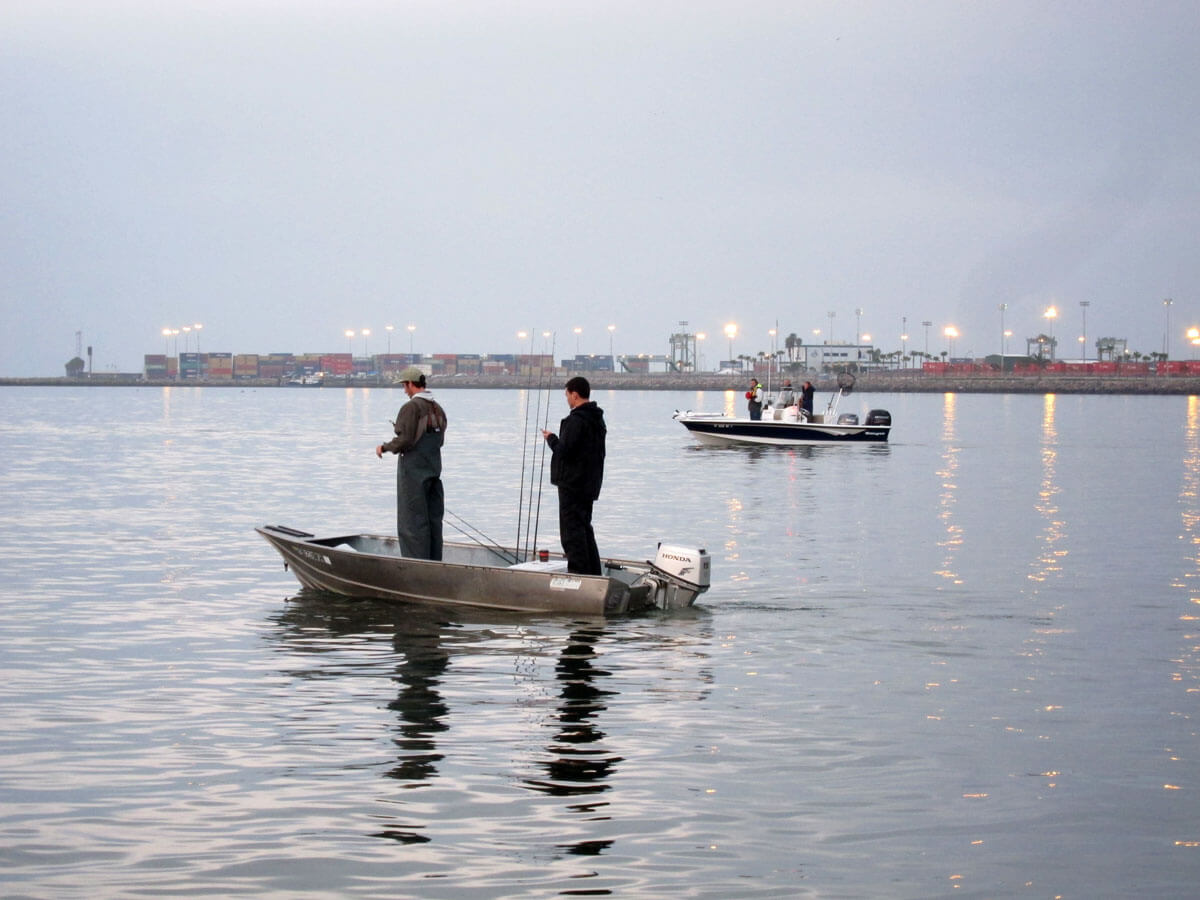 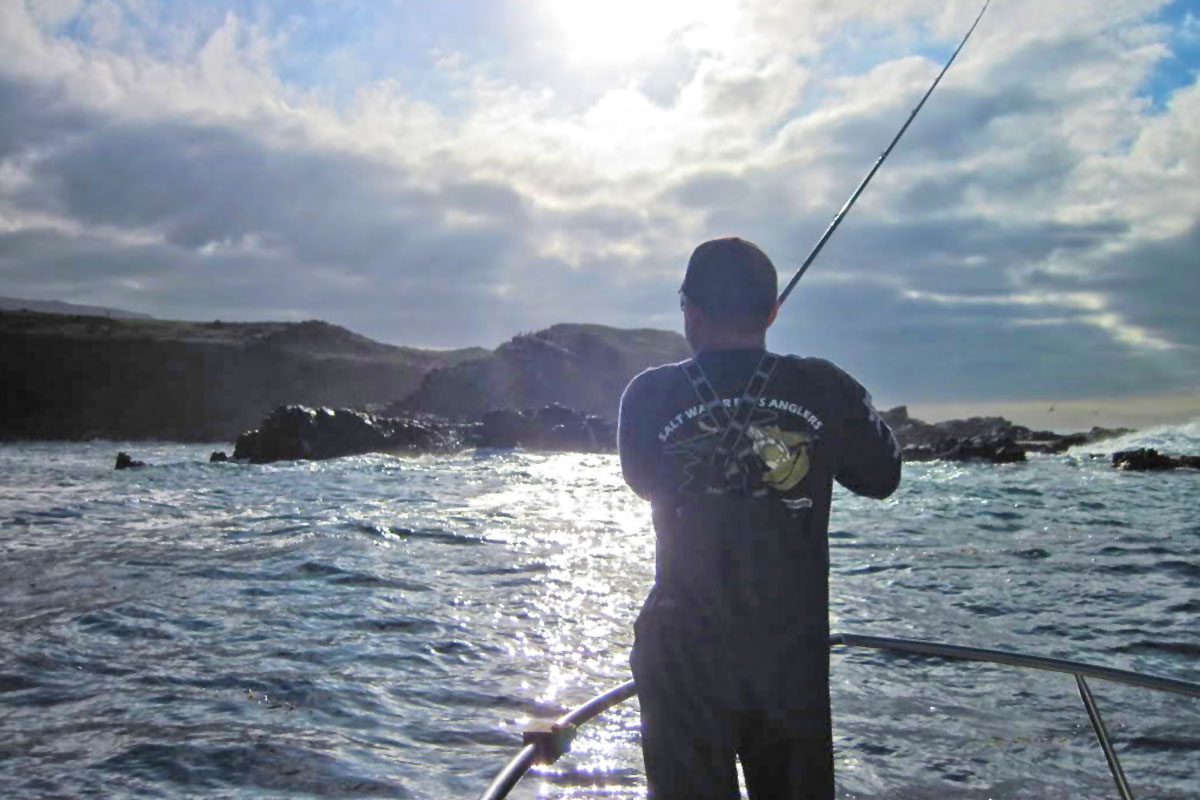 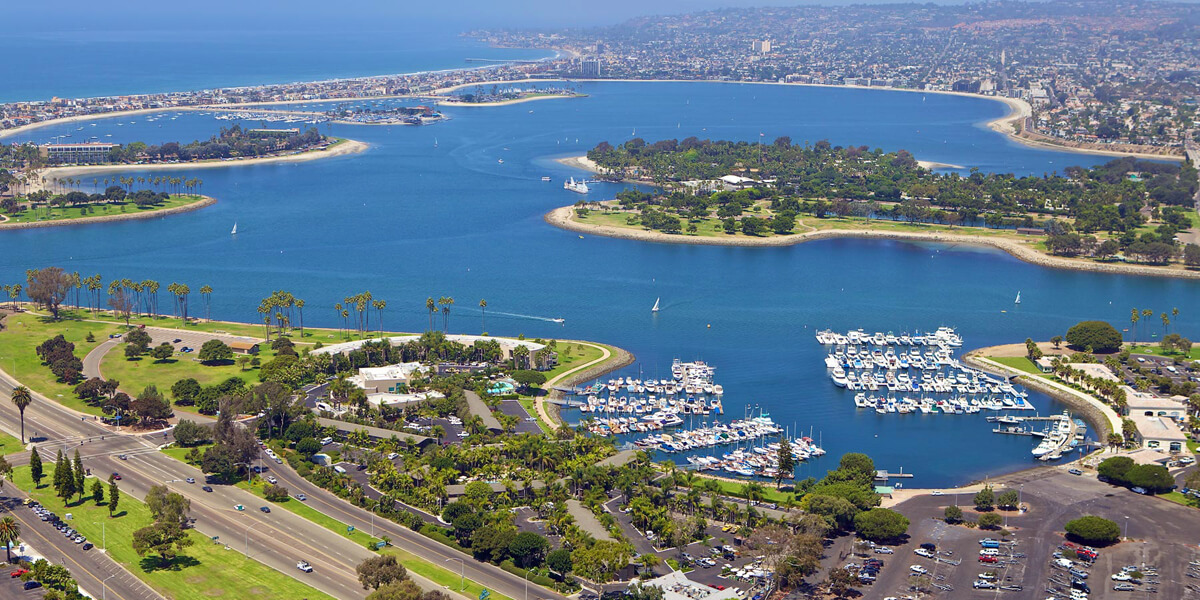