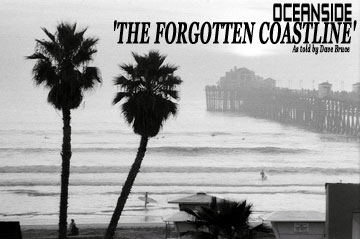 You take an 8 year old, a 7 year old, a 10 year old, a Mom who put up with WAY more than most and a Dad who could build his own boats, triangulate spots and fish as well as any I’ve ever known.   Send them on a weekend vacation to a town where U.S. Marines, Pawn Shops and special ladies reside and you’ve got the picture of just where my brother Steve (Team Reef Eye) and myself are coming from.

In the early 1950’s the State of California began building the freeway system we enjoy today. Towns like Oceanside , which were nothing more than pit stops on the way to San Diego and Los Angeles , recognized that there was an opportunity and many jumped on the bandwagon hoping to become full-blown vacation destinations.   Being the West Coast hub for U.S. Marine training the City of Oceanside put together a massive plan (for that time anyway) that included advertising along the new routes that included a rather famous billboard mentioned by Dave Fong two years ago. “TAN YOUR HIDE IN OCEANSIDE” became the anthem that has led Oceanside throughout the years. This is where it all started for our family and it hasn’t slowed much over the years. 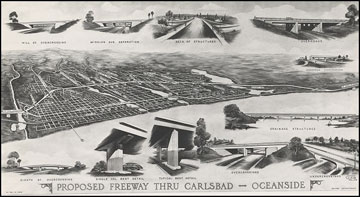 One of the truly brilliant ideas that came out of this community rebuild was the water ski area that occupied the area where today’s harbor is located. The harbor was a part of the original plan but the water ski park and campground, located where the parking lot is today, was first priority since it was pretty much existing and cheaper than a new harbor. Within a year it was obvious that the natural tidal flow was not enough to prevent pollution within the ski area and the move to create the harbor we see today was made. As with any major reconstruction there were issues here also. The original jetty system didn’t take into account the massive south swells that arrives here in late July through October. Portions of the jetty were ripped out and had to be rebuilt. Have to say here that some of my favorite memories in surfing North Jetty revolve around 10′ south swells slamming into the jetty and creating the most perfect lefts that sent you right into the middle of the harbor. Dropping in with a 25 ft. sailboat on your tail was interesting to say the least.   Citations were issued but I seriously doubt that anyone ever paid the fines. I know for a fact the two I received were thrown out on the way home and forgotten. (Sure hope the statute of limitations has run out by now). Over the years the expansion of the jetty system has been fine-tuned and Oceanside has become one of the true gems along our coast.

In the late 50’s early 60′ there was a rather large group of commercial fishermen that used the harbor. Most were small individual boat operations that were tight lipped about the various spots they used. When the harbor was completed a small group of party type boats created the first “landing” which was run out of a mere shack in the old parking lot.

Spots like the Barn which were fished rarely due to the long runs from Long Beach and Newport (Dana Point was just a dream) were now accessible along with the kelp beds south of the harbor.   Yellowtail, White Sea Bass, Black Sea Bass, Striped Marlin, massive schools of Bonito and Barracuda were now within a stones throw and the crowds were expected to flock to the “Forgotten Coastline”.   To the surprise of most, these crowds were slow to come for a number of reasons. Large numbers of Marine recruits, 52 pawn shops, 37 bars, 18 fortune tellers, and 28 dry cleaners along with a large number of professional ladies of the night didn’t bode well for the families that were being targeted and it took years before the goal of becoming a vacation destination came to be.   What most people looked at as being a negative was nothing short of paradise to this 8-year-old boy and it has remained just that over the years.

As I said earlier many of the boats from Long Beach , Newport and San Diego from time to time would make the run to the Oceanside area.   The spots we fish now were virgin. What we call WFO was pretty much the norm. We still see the boats from Long Beach and Newport making the run down the line during the yearly sand bass migration to the Clam Beds but not near as often as in years past. The Black Sea Bass are now protected, as it should be, but bottom line is that Oceanside and the “Forgotten Coastline” is second to none in my book.

Oceanside has grown and grown for the better. They welcome families yet still accommodate the U.S. Marine Corp that plays a huge part in protecting our way of life.   It’s a community that knows how to enjoy life and enjoy life to the fullest.

So what will May 17th hold for the SWBA gang at Round 3? Let’s take a look. There are two different mindsets.   To the West (Up the line) you’ll find the legendary Barn Kelp. Maybe not the gold mine it used to be, but, still one of the premier spots along the coast. Most boats fish the outside edges. I personally prefer the middle to inside areas where some huge Cali ‘s reside. Box Canyon , where I took my biggest limit of Calico Bass a few years back could put any team on top and over the 25lb mark. The power plant, yellowtail kelp, the clam bed, the golf ball and all the spots up to and above Dana Point will now be in play. I’d look for the isolated stringers that almost never get fished and wear them out.   Some big boys live on these isolated stringers so take note. 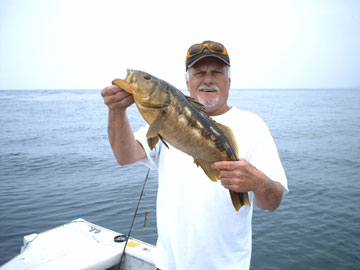 To the East (down the line) is a totally different ballpark. Massive kelp beds, rock piles, points and reefs with deep-water access for the pelagics to use will be the key. Not a lot of shallow water fishing as that found up at Palo’s Verde’s but enough to allow choices.   Noah’s, Charlie’s, Grandview, Swami’s, Carlsbad, Del Mar and all the way down to La Jolla will all be in play and I fully expect many of the 70+ teams will to make some serious long runs in their pursuit of a podium finish at Round 3. Best of Luck to all, however, it is what my brother Steve and I call home so no farting in the hallways.

With any article like this one I must give credit where credit is due and I’ll close by giving kudos’ to the following. 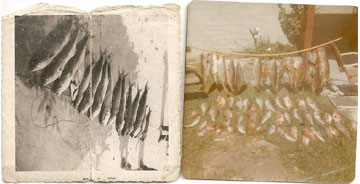 Dad – How many of you have made your own boats, taught dozens of your son’s friends to fish and never asked for anything other than a beer and smile?   A true hero in every sense of the word who we lost just a short year ago.

My brother Steve – God only knows he was there then and remains right there now. One couldn’t ask for a better brother (fishing / surfing partner). Just don’t let him drive.

The Taft Family – Spike, Chuck and Bobby. Chuck opened up his book of tricks and those tricks are used every time we go out. Bobby taught me the ways of the local WSB. And, Spike, opened the door for all of us to walk thru then kicked our asses when we screwed up.

Keith Larson (The Bear) – We should probably be in jail for some of things we’ve done but, hey, we survived and enjoy fishing together today just as much as we did 25 years ago.

Mark Oronoz – Simply put, one of the most underrated skippers on the coast back then and now. Mark ran the Electra, Sea Trek and Tortuga .   Runs boats out of Seaforth now and I would recommend his operation to anyone. 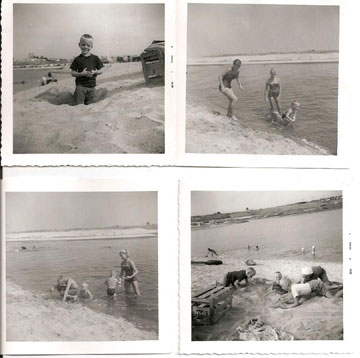 Enjoy the photo’s “knowing that Dad forgot more about this area than I’ll ever know. Whether it be Cali ‘s or Rock Fish. We always seemed to bring back more than most”.

Well, there ya have it and now it’s time for Round 3 ‘The Paralabrax Punisher’ in Oceanside. Like I said earlier, it all started in August of 1957 for my family. Little did we know that lives would be changed. In one weekend I found my home away from home and it’s still looked at as just that. Enjoy Oceanside Harbor with its Fish and Chips, Bubble gum ice cream (ask my nephew Elliott) and great ramp not to mention the fishing. It’s a gem that’s survived many unexpected turns along the way.   A gem that continues to shine brighter with each every passing year.

Be safe, have fun and bring back a 25lb bag!

Anatomy of a Grounding

No Replies to "The Forgotten Coastline"